Internet is among the most important inventions of the century. The Internet has revolutionized the computer and communications world like nothing before. The invention of the telegraph, telephone, radio, and computer set the stage for this unprecedented integration of capabilities. Its history is complex and involves many aspects – technological, organizational, and community. While the complete history of the Internet could easily fill a book, we will look at few key milestones and events related to the growth and evolution of the Internet. There are several events that help shaped the Internet we see and use today. So let’s take a brief look at the history of the Internet.

The Internet started in the 1960s as a way for government researchers to share information. Computers in the ’60s were large and immobile and in order to make use of information stored in any one computer, one had to either travel to the site of the computer or have magnetic computer tapes sent through the conventional postal system. Another catalyst in the formation of the Internet was the heating up of the Cold War. The Soviet Union launched the world’s first satellite named SPUTNIK into the space on 4th October, 1957. This was clearly the victory of Russia over the space. 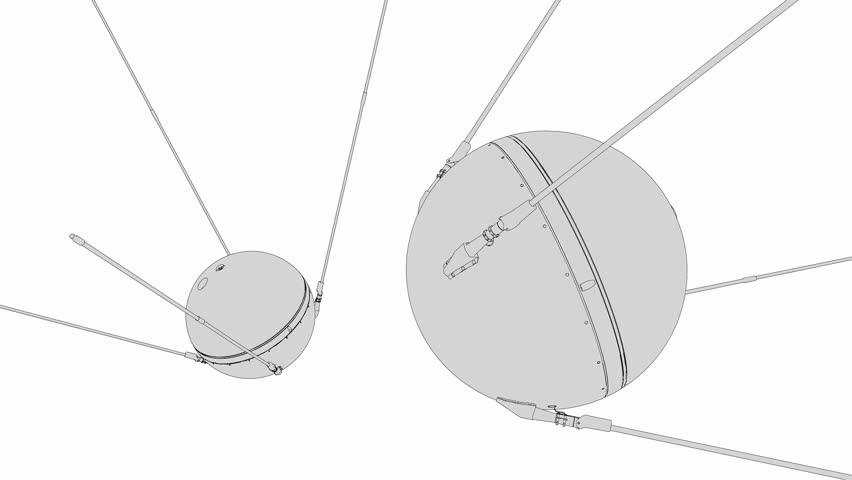 This spurred the U.S. Defense Department to consider ways information could still be distributed even after a nuclear attack from Soviet Russia. This eventually led to the formation of the ARPANET (Advanced Research Projects Agency Network) in early 1960‟s. The network that ultimately evolved into what we now know as the Internet. ARPANET was a great success but membership was limited to certain academic and research organizations who had contracts with the Defense Department. In response to this, other networks were created to provide information sharing.

In late 1966 DARPA (Defense Advanced Research Projects Agency) started to develop the computer network concept and quickly put together his plan for the “ARPANET”, publishing it in 1967. Arpanet was the first real network to run on packet switching technology. On the October 29, 1969, computers at Stanford and UCLA (The University of California, Los Angeles) were connected for the first time. In effect, they were the first hosts on what would one day become the Internet.  The first message sent across the network was supposed to be “Login”, but reportedly, the link between the two colleges crashed on the letter “g”. By December 1969, a four-node network was connected by adding the University of Utah and the University of California, Santa Barbara. In the 1970s there was no single global Internet as we know it today. There were lots of different networks like the government’s big ARPANET, satellite networks and little community operations. But they all had their own different format and they connected to each other in different ways. The world needed a common language a standard set of protocols that would allow all these networks to talk to each other. The internet got the common language it needed thanks to two pioneering scientists Vint Cerf and Bob Kahn who worked for years to solve the problem of connectivity. 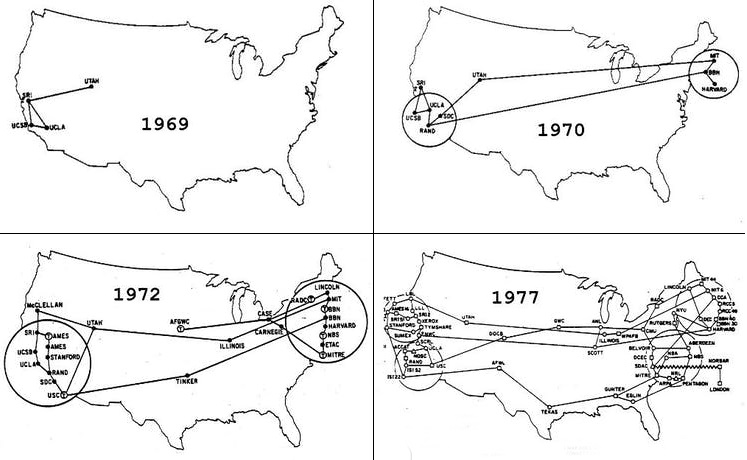 After the ARPANET had been up and running for several years, ARPA looked for another agency to hand off the network to.  ARPA’s primary mission was funding cutting edge research and development, not running a communications utility. Eventually, in July 1975, the network had been turned over to the Defense Communications Agency, also part of the Department of Defense. The networks based on the ARPANET were government funded and therefore restricted to non-commercial uses such as research; unrelated commercial use was strictly forbidden. This initially restricted connections to military sites and universities. During the 1980s, the connections expanded to more educational institutions, and even to a growing number of companies such as Digital Equipment Corporation and Hewlett-Packard, which were participating in research projects or providing services. Several other branches of the U.S. government, the National Aeronautics and Space Administration (NASA), the National Science Foundation (NSF), and the Department of Energy (DOE) became heavily involved in Internet research and started development of a successor to ARPANET. In the mid-1980s, all three of these branches developed the first Wide Area Networks based on TCP/IP. NASA developed the NASA Science Network, NSF developed CSNET and DOE evolved the Energy Sciences Network or ESNet.

January 1, 1983 is considered the official birthday of the Internet. Prior to this, the various computer networks did not have a standard way to communicate with each other. A new communications protocol was established called Transfer Control Protocol/Internetwork Protocol (TCP/IP). This allowed different kinds of computers on different networks to “talk” to each other. ARPANET and the Defense Data Network officially changed to the TCP/IP standard on January 1, 1983, hence the birth of the Internet. All networks could now be connected by a universal language.