The history of internet in India began with the launch of the Educational Research Network (ERNET) in 1986.  ERNET was initiated by the Department of Electronics (DoE), with funding from the Government of India and United Nations Development Program (UNDP), involving eight premier institutions as participating agencies—NCST Bombay, Indian Institute of Science, five Indian Institutes of Technology (Delhi, Mumbai, Kanpur, Kharagpur and Chennai) and the DoE in New Delhi.

The year 1986 saw a dial-up link running UUCP for email exchange being established between NCST and IIT-Bombay. 1987 saw IIT-Madras and IIT-Delhi connecting to the NCST VAX 8600 by dial-up. This machine became the dial-up hub named shakti.ncst.ernet.in. Very soon all ERNET partners were on dial-up ERNET email and hundreds of Indian academics in these institutions started using email to talk to colleagues all over the world, using a dial- up link between Shakti at NCST and a router at the Centrum voor Wiskunde en Informatica (CWI) in Amsterdam.

The first leased line of 9.6 kbit/s was installed in January 1991 between Delhi and Mumbai. ERNET was allotted Class B IP address 144.16.0.0 by InterNIC in 1990. Subsequently, Class C addresses were allotted to ERNET by APNIC. All IITs, IISc Bangalore, DOE Delhi and NCST Mumbai were connected by 9.6 kbit/s leased line by 1992. In the same year, 64 kbit/s Internet gateway link was commissioned from NCST Mumbai to UUNet in Virginia, United States. NICNet was established in 1995 for communications between government institutions. The network was operated by the National Informatics Centre.

India went online on 15 August 1995—actually the day before, so the announcement could happen on Independence Day. The first publicly available internet service in India was launched by State-owned Videsh Sanchar Nigam Limited (VSNL) on August 15, 1995. At the time, VSNL had a monopoly over international communications in the country and private enterprise was not permitted in the sector. The internet service, known as the Gateway Internet Access Service (GIAS), provided a speed of 9.6 kbit/s speed. GIAS was available immediately from Mumbai, Delhi, Kolkata and Chennai. 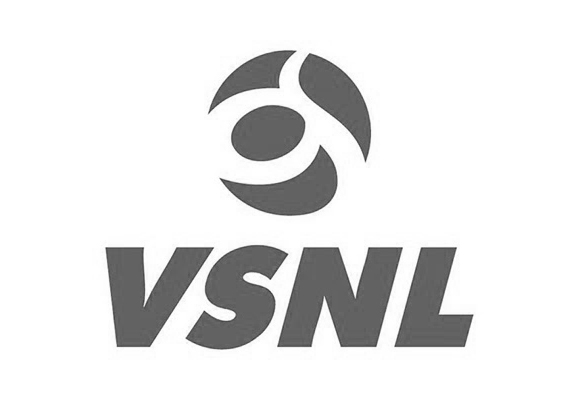 It was made available in Pune and Bangalore by the end of 1995.  The first commercially launched internet service in India offered dial-up speeds of up to 9.6 kbit/s in 1995. With the advent of better modems, the network speed was increased to 14.4. kbit/s, followed by 28.8 and 33.4 kbit/s accesses by 1998. Dial-up was later upgraded to provide speeds up to 56 kbit/s on analog lines. The service was plagued by several hardware and network issues. B.K. Syngal, then chairman and managing director of VSNL, publicly apologized and took responsibility for the issues. Syngal stated that the company had not conducted any survey of the potential demand for the service. The modems used by VSNL were of poor quality, and often would make a beeping sound every three minutes and subsequently disconnect. VSNL’s internet service garnered 10,000 subscribers within the first 6 months of the launch. In 2004, the government formulated its broadband policy which defined broadband as an always-on Internet connection with download speed of 256 kbit/s or above. From 2005 onward, the growth of the broadband sector in the country accelerated. Initially tariffing too was obscene: ₹25,000 per month for a corporate account, ₹15,000 for an individual account, ₹5,000 for a shell account (only text, no visuals). Quite simply, the charges were too high, and in this case, the quality of the service Indian ISP were providing in exchange was poor. In 2010, the government auctioned 3G spectrum followed by an equally high-profile auction of 4G spectrum that set the scene for a competitive and invigorated wireless broadband market. In January 2019, Daily News and Analysis reported that DoT officials planned to raise the minimum broadband speed to 2 mbps initially and then to 5 mbps, as part of its new “Broadband for All” policy. Connection speeds from 40 Mbit/s to 1 Gbit/s provided through optical fiber are now common in cities of India.

Today, Indians typically get internet at 4G speeds and at the world’s cheapest rate of about Rs 20 per GB of data. From zero users in 1995, India now has about 600 million internet users — the second highest in the world. The internet is probably the most important technology of our era.