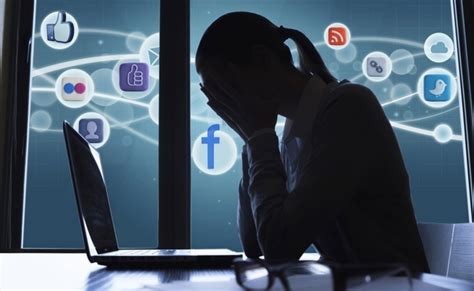 Stalking is unwanted obsessive attention to a specific person. Physical stalking can involve following, secret surveillance, persistent and manipulative calling and texting, and other means of approaching the victim unexpectedly. Cyber-stalking is a crime in which the attacker harasses a victim using electronic communication, such as e-mail or instant messaging (IM), or messages posted to a Web site or a discussion group. A Cyber-stalker relies upon the anonymity afforded by the Internet to allow them to stalk their victim without being detected. Cyber-stalking messages differ from ordinary spam in that a Cyber-stalker targets a specific victim with often threatening messages, while the spammer targets a multitude of recipients with simply annoying messages.

Cyber-stalking can take many different forms, but in the broadest sense, it is stalking or harassment that takes place via online channels such as social media, forums or email. It is typically planned and sustained over a period of time. The Case of Cyber-stalking can often begin as seemingly harmless interactions. Sometimes, especially at the beginning, a few strange or perhaps unpleasant messages may even amuse the target. However, eventually then become systematic, it becomes annoying and even frightening to the victim.

WHOA (Working to Halt Online Abuse), an online organization dedicated to the Cyber-stalking problem, reported that in 2001; 58% of Cyber-stalkers were male and 32% female. In some cases the perpetrator’s gender is unknown as the stalker is able to remain anonymous. In a variation known as corporate Cyber-stalking, an organization stalks an individual. Corporate Cyber-stalking is usually initiated by a high-ranking company official with a grudge, but may be conducted by any number of employees within the organization. Cyber-stalking began with e-mail messages most often, followed by message boards and forums messages, and less frequently with chat. In some cases, Cyber-stalking develops from a real-world stalking incident and continues over the Internet. However, Cyber-stalking is also sometimes followed by stalking in the physical world. People put so much of their lives online that it has become extremely easy for someone to stalk a victim. Victim’s interests, events they’re attending, places they visit, their workplace, email, and even their phone number can be found with just a little bit of digging.

Cyber-stalking is common — at least 40% of adults report experiencing some sort of harassment online, including stalking, with the majority of targets being women. Whether she is a college student, working professional or housewife get stalked on a regular basis. Let’s explore the kinds of Cyber-stalking that till now has been reported worldwide.

Cat fishing: In Cat fishing, Stalkers create a fake profile on social media to approach victims. Sometimes they copy the existing user’s profile with photos to look it like a real one.

Monitoring location check–ins: Stalkers keep an eye on the activities of a victim from their check-ins on social media such as Facebook and Instagram. This is an easier job for a stalker to gauge a victim’s behavioral pattern quite accurately. Social media platforms like Facebook, Instagram, Twitter usually also include the location from where the content was posted by user. A stalker can easily “Follow” the victims by check-ins recorded by these aps.

Online Maps: If a stalker discovers the victim’s address, then it is not hard to find the area, neighborhood, and surroundings by using online maps such as Google maps, Google Earth or Street View. Stalker can discover the victim’s place from the posts or photos posted on social media. In September 2019, a Japanese man was arrested for reportedly stalking a pop star and attacking and groping her at her home. This man found the victim’s woman’s home by studying photos she posted on social media, observing a train station reflected in her eyes, finding that train station using Google Street View, waiting for her at the train station, and following her home.

Hijacking webcam: Computer’s webcam hijacking is one of the most disturbing methods of Cyber-stalking to invade the victim’s privacy. Stalkers push malware-infected files into the victim’s computer which gives them access to the webcam. In June 2016 Chief Executive Officer of Facebook Mark Zuckerberg posted a photo of himself celebrating Instagram’s latest user numbers. In this picture his laptop was also visible. Strangely the Camera and mic-jack of his laptop were covered with Tape. The taped-over camera and microphone jack are intended to protect against hackers using users’ laptop camera to take covert pictures or videos or accessing users’ microphone to eavesdrop on conversations – a possibility once users’ device has been accessed through “ratting.”

Installing Stalker-ware: One more method that is increasing its popularity is the use of Stalker-ware. It is a kind of software or spyware which keeps track of the location, enable access to text and browsing history, make an audio recording, etc. And an important thing is that it runs in the background without any knowledge to the victim. These Stalker-ware can track users’ message on any social media platform, emails, content like photos and videos saved on the device. The hacker can remotely switch on the victims camera, microphone to eavesdrop on the victim.

Geo-tags to track location: – Most digital pictures contain geo-tags which is having information like the time and location of the picture in the form of metadata. Geo-tags come in the EXIF format embedded into an image and is readable with the help of special apps. In this way, the stalker keeps an eye on the victim and gets the information about their whereabouts which are shared by the victim.