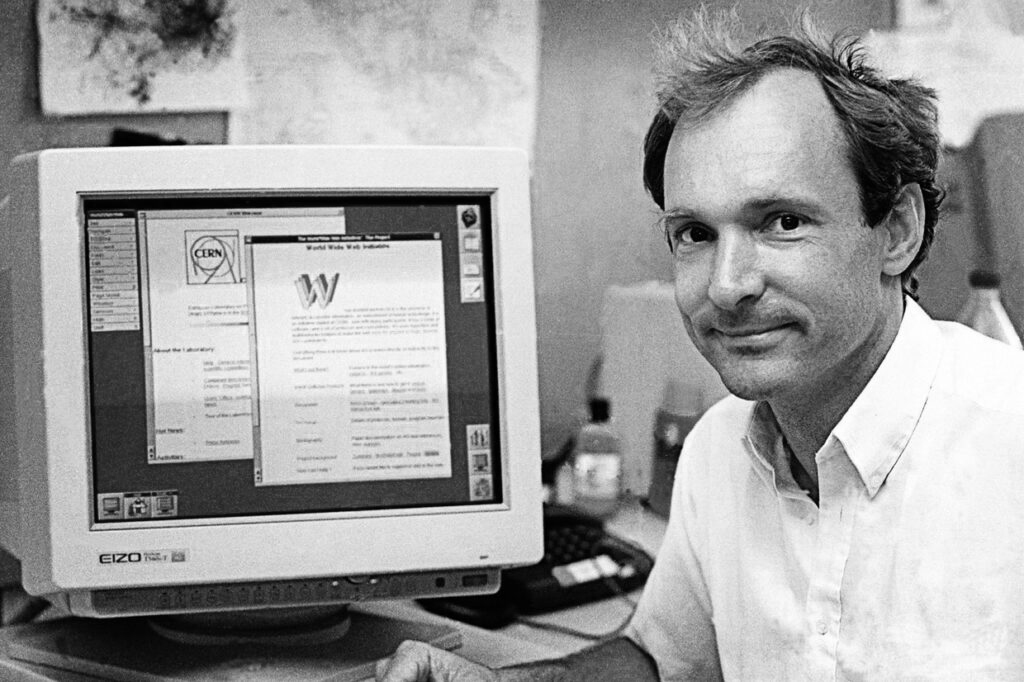 Timothy Berners-lee was born in London on June the 8th 1955. His parents were members of the team at Manchester University which developed the mark one Computer. One of the first stored-program computers. In 1973 Berners-lee went to study physics at Oxford. As a student he built his first computer using a soldering iron transistor an early microprocessor and an old television set. After graduating Berners-lee worked as a programmer. In 1980 he spent six months in Switzerland as an independent contractor with CERN the European Centre for particle physics. At first he had no idea who was responsible for what at CERN and which computer programs they were using. To gain an overview he wrote his own program. It compared documents on staff members their projects and the software they were using. The program checked whether the documents contained certain keywords; if so their locations in the documents were interlinked.

http://info.cern.ch/hypertext/WWW/TheProject.html. It outlined how to create Web pages and explained more about hypertext. Here’s what it looked like in 1992 (below). 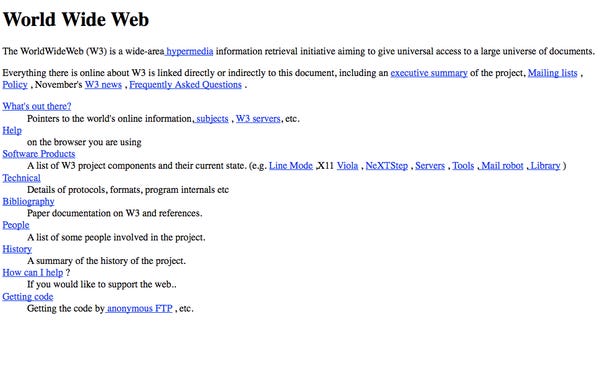 Remembering an old-fashioned encyclopedia from his childhood Berners-lee called his program Enquire. It was an apt name because with its cross references the program functioned like an encyclopedia. Many entries ended with the recommendation. Enquires links led to a list of other documents with the same keywords. Since the program’s links were based on the hypertext principle; Berners-lee called them hyperlinks. His program only ran on the computer at CERN and was never published. Nevertheless it formed the basis for the World Wide Web which he developed later. Because Berners-lee didn’t just want to interlink documents on one computer, he also wanted to interlink documents on several computers at different locations. It was this concept that resulted in the creation of the World Wide Web. An appropriate network of interconnected computers already existed in the form of the Internet. It was the ideal vehicle for the realization of Berners-Lee’s vision.

Berners-Lee has received many awards and honors. On 16 July 2004 He was knighted by Queen Elizabeth II. Time magazine’s March 1999 issue listed him among the 100 Most Important People of the 20th century.